The game was successfully funded on Kickstarter!

Galactic Era is an epic space civilization game that takes about 3 hours to play. You can choose to play the “dark” or the “light” side with the appropriate consequences (but you can also switch). What is unusual for this type of game is that the amount of luck involved is very low. No dice are used. Combat is deterministic.

Other notable features of the game are: The setup is highly variable, so that every game is different. You can cooperate with other players by trading technologies (this means both and your trading partner immediately get a new technology).

The game is for 1-6 players, ages 14 and up. The game will have both the English and the German version in the same box. 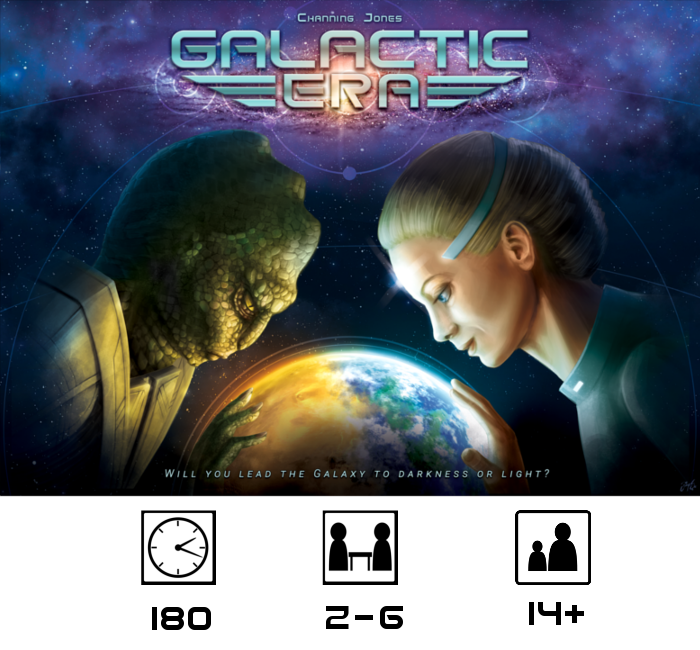 The Galactic Era is the greatest cycle of time in the galaxy. Beings of the light incarnate to experience the material world. They create great civilizations to explore and conquer the galaxy. At the end of the cycle they return to the light with their experiences, hailing the greatest one.

Players start with a fledgling space-faring civilization and expand into the galaxy. Before meeting other civilizations they must decide upon their morals. Will they respect others and cooperate peacefully or will they only strive for their own goals?

The goal of the game is to get as many points as possible. The ways to do this are having a large population, doing the right things according to the current round (era) or fulfilling an objective card.

The game is played in 8 rounds. Each round players first take turns moving their spaceships and fighting battles. After that players pick two actions to grow their space civilization. This is how they get new technologies, more stars, more population and more ships. Players can then also trade technologies and then finally score some points for the round.

The center sector of the galaxy is especially rewarding to explore because it holds “ancient relics”, technological treasures left behind by an ancient builder race that has disappeared into history. 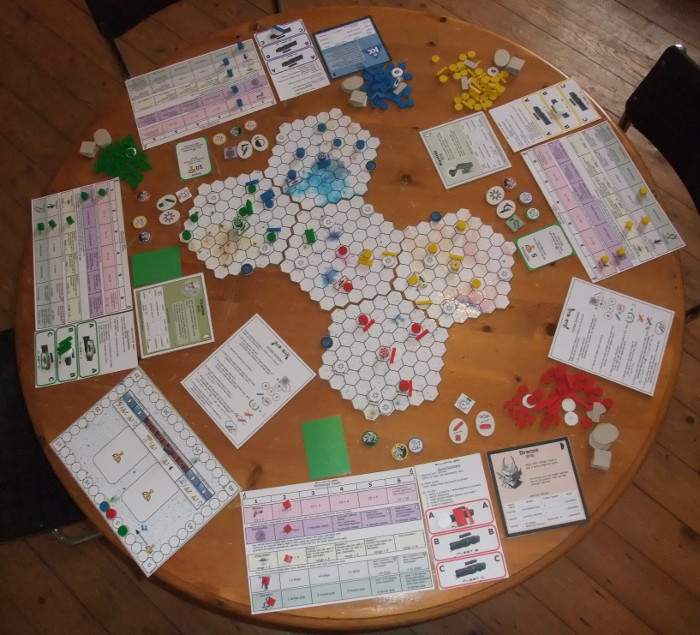 You can download the rules and read a lot more about the game on the official website: galacticera.net.

If you want to comment on or discuss this game please go here:

The game is almost entirely based on actual claims of an alternative view of reality. Nearly all of the features of the game have been taken from researchers, whistleblowers and witnesses of spiritual, extraterrestrial and UFO phenomena. You can find the detailed background story here.