Rising Nation is a social deduction and negotiation game for 3-6 players aged 8 and up about politics in a developing nation. The playing time is about 20 minutes.

Each player plays a political party in Nonymia, a fictional underdeveloped nation. There are four parameters of the country which are tracked using cubes (economy, environment, government and welfare). The more cubes there are of a parameter, the better it is doing in that aspect. Every party has a different idea of how the country should develop though. Should they not cooperate enough though the country may be ruined. A president must be elected who will hold the most power for a limited time. Promises are made which may be kept or broken. So players must choose wisely.

The player who has the leading parameter (color) on his agenda card wins. 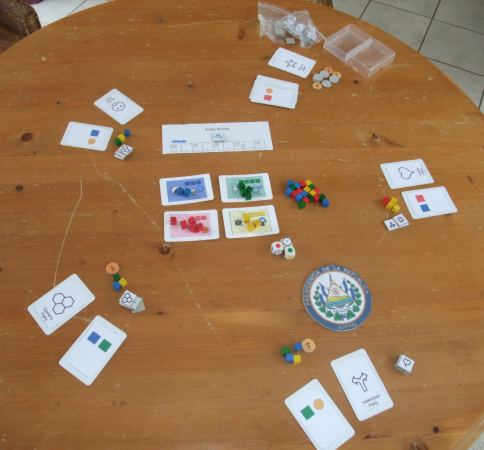